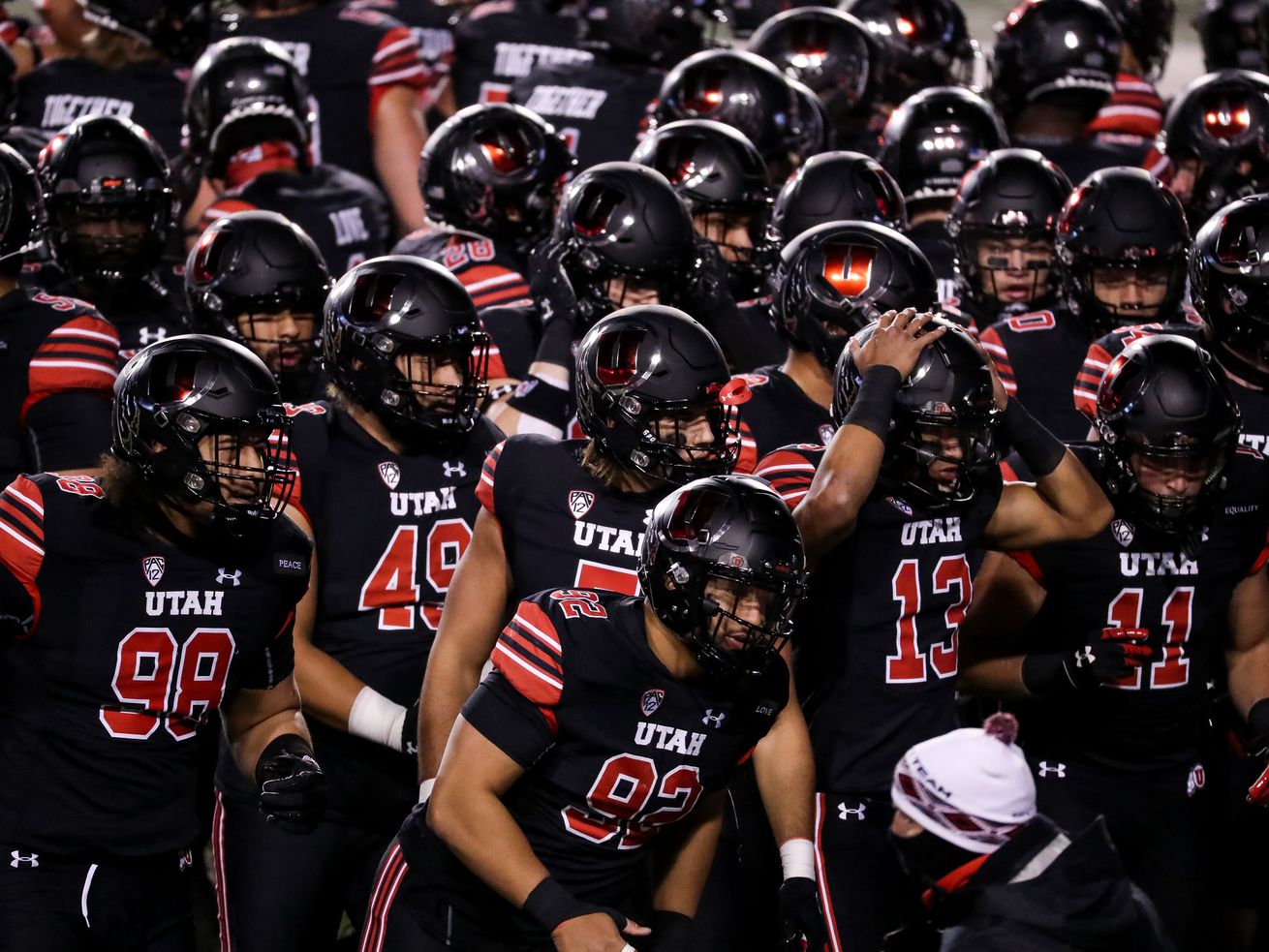 Utah Utes players gather on the field before the game between the Utah Utes and the USC Trojans at Rice-Eccles Stadium in Salt Lake City on Saturday, Nov. 21, 2020. | Spenser Heaps, Deseret News

Peppins was a key contributor at Thompson High School, which won three straight 7A championships from 2019 to 2021.

Wide receiver Ryan Peppins was named Alabama Mr. Football on Thursday. The honor was voted on by the Alabama Sports Writers Association.

Peppins was a key contributor at Thompson High School, which won three straight 7A championships from 2019 to 2021.

In his senior year, Peppins had 80 receptions for 1,379 yards and 23 touchdowns as he capped off the three-peat. Peppins was named the MVP of the 2021 championship game with 203 yards and two touchdowns.

He has 2,755 receiving yards and 43 touchdowns in his career at Thompson and was key on special teams, totaling 326 return yards and a touchdown.

“We lost our quarterback and Ryan was the one guy we had, the one stability, that we could move around to different roles to try to create some offense,” Thompson coach Mark Freeman told AL.com. “We could put him at running back, at receiver, at slot receiver. He was invaluable.”

The 5-foot-8, 168-pound three-star receiver was offered by only two Power Five teams — Utah and Maryland.

Utah-Oklahoma is the early season matchup everyone wants. What does it mean for the Red Rocks?