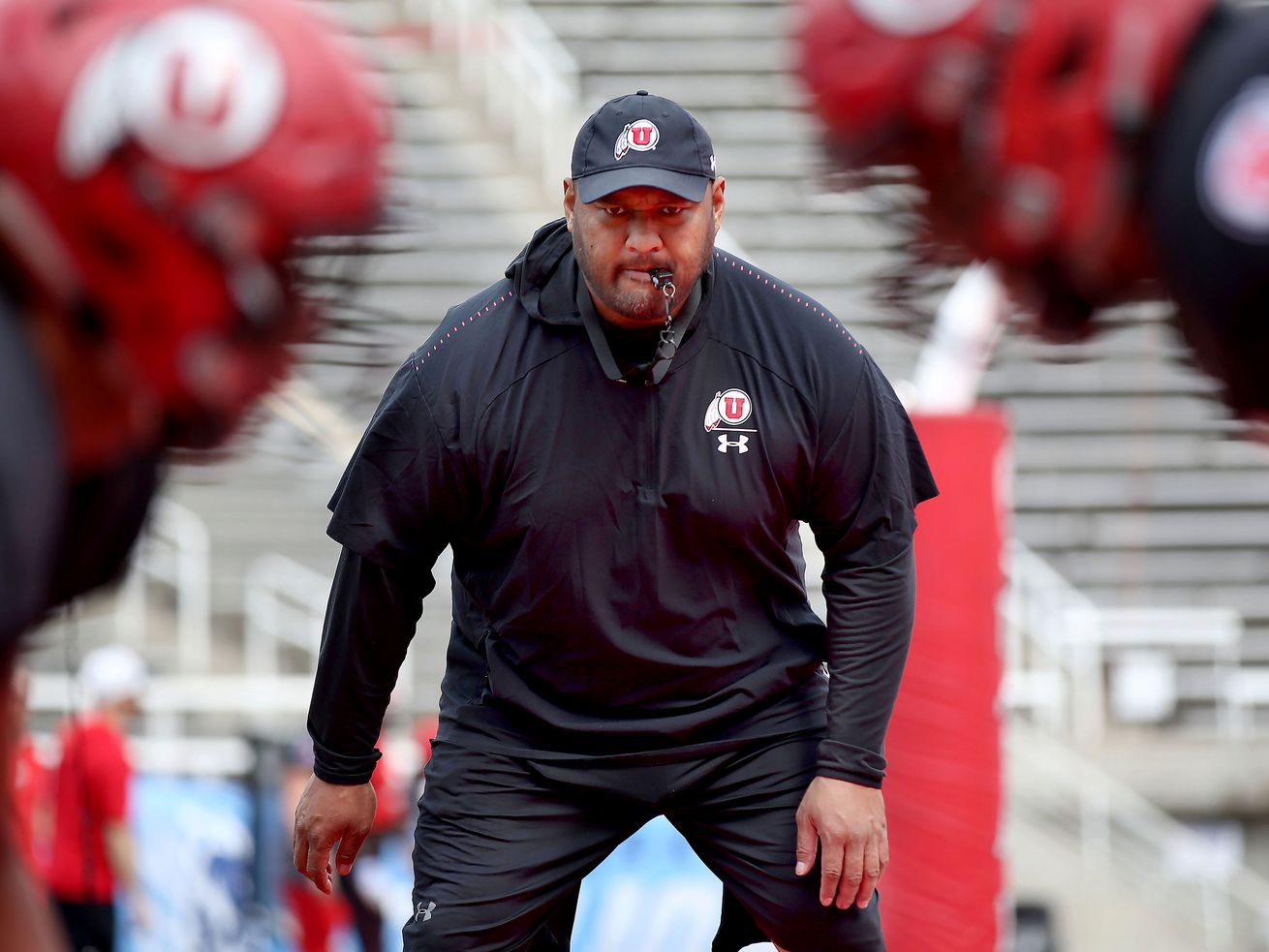 Utah defensive tackles coach Sione Po’uha has announced that he is retiring from coaching.

Po’uha coached the defensive tackles at Utah for the last three seasons, starting in the 2019 season. Prior to Utah, he was the defensive tackles coach for Navy, under head coach Ken Niumatalolo. Po’uha also was the director of player personnel for Utah in 2017 and was a student assistant at Utah during the 2015 and 2016 seasons.

Under Po’uha’s watch, Utah sent two defensive tackles to the NFL — Leki Fotu and John Penisini, who were both drafted in 2020.

Po’uha played on Utah’s defensive line from 2001-2004. In 2004, Utah went undefeated and busted the BCS, capping off a perfect season with a win over Pittsburgh in the 2005 Fiesta Bowl. He had 36 tackles and an interception in the 2004 season.

Po’uha, who went to East High School, was drafted in the third round of the 2005 NFL draft by the New York Jets. Po’uha spent seven seasons with the Jets, totaling 263 tackles over his career.

Utah now has two spots to fill on its coaching staff after Po’uha’s retirement and the departure of running backs coach Kiel McDonald to USC.