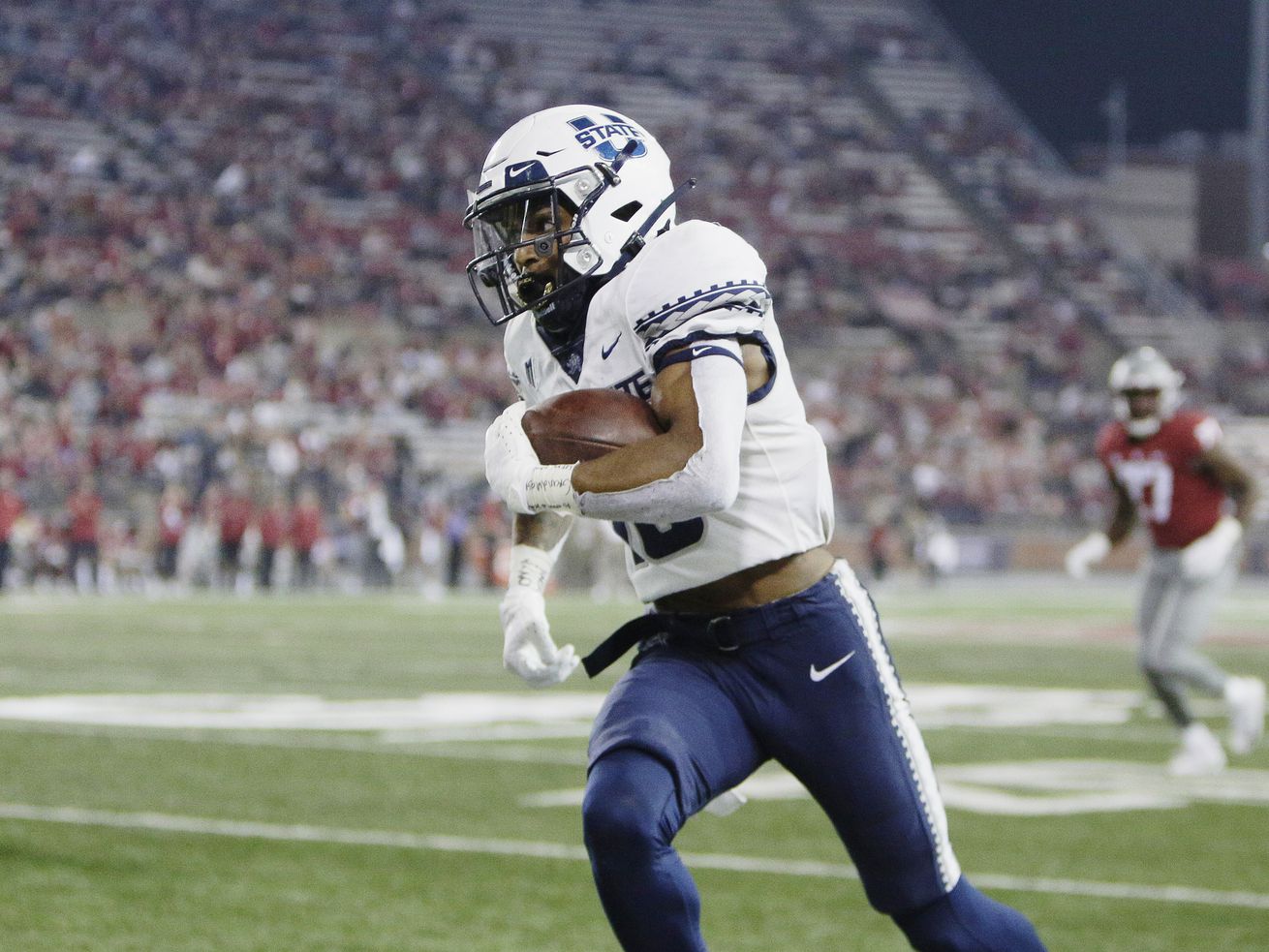 Series: Utah State holds a narrow lead in the all-time series, 14-13. The Aggies have taken that lead by winning the last four meetings between the two sides and seven of the last 10.

Weather: Sunny with temperatures in the mid 40s at kickoff.

For Utah State… The Aggies enter Friday having lost last week to Wyoming, a result that snapped a five-game Utah State win streak.

For New Mexico… The Lobos are on a three-game losing streak, which began after they beat Wyoming on Oct. 23 for their only Mountain West Conference win so far this season.

WHAT TO WATCH FOR

Can the Aggies get back to taking care of business after last week’s loss? It could be a weird game because of what’s at stake.

The Aggies need to win to have a shot at the Mountain West’s Mountain division crown, but they also need San Diego State to beat Boise State.

He is now three yards behind the nation’s leader, Western Kentucky’s Jerreth Sterns, and is just 24 yards shy of the Utah State school record for most receiving yards in a season, currently held by Kevin Curtis.

How rebounding has propelled No. 18 BYU to a 6-0 start

“Utah State is a really good football team. Blake Anderson was a wide receivers coach here when I was a graduate assistant, so we’re really good friends. I view Blake as a great mentor, both in his spiritual life and coaching life and just as a friend…I think Blake should be national Coach of the Year for what he’s done (this season).” — New Mexico head coach Danny Gonzalez

The Aggies will either play in the Mountain West Conference championship game on Dec. 4 or be off until whatever bowl game they play in. The Lobos, meanwhile, will not be bowl eligible, so their season will conclude Friday.

Golden Globes 2021: The Complete List of Nominees | Entertainment Weekly
Where will the Cougars go bowling with their 10-2 record?