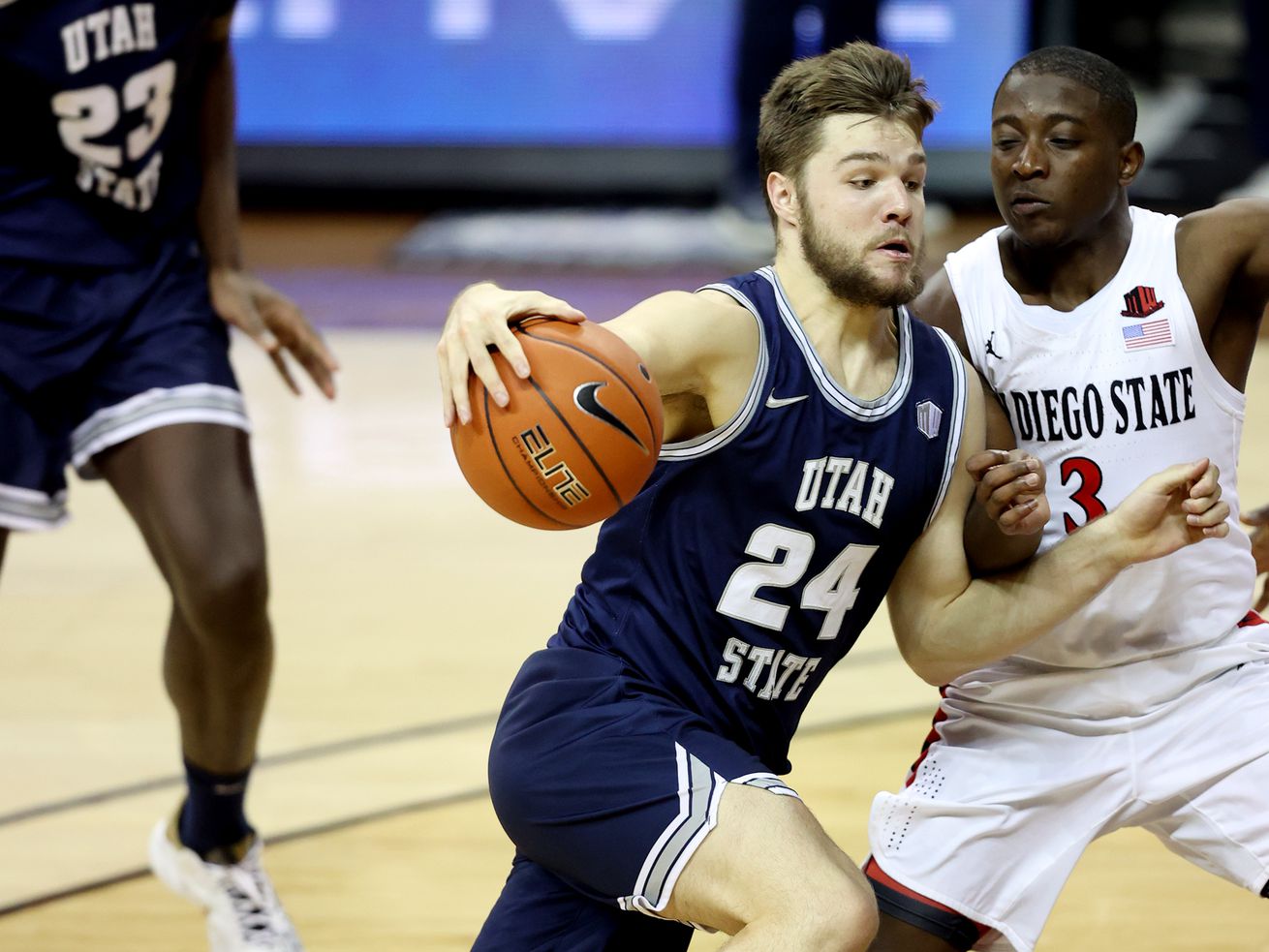 The Utah State Aggies will reportedly be losing a key contributor from their 2021 NCAA Tournament team.

Multiple outlets reported Thursday that freshman Rollie Worster has entered the transfer portal. Among the reports was Verbal Commits, which keeps a running list of all players in the portal.

The best player in the state of Montana coming out of high school, Worster played in 26 games as a freshman, starting 25 (he missed three because of injury). For the season, the 6-foot-3, 200-pounder averaged 9.1 points, 3.8 rebounds and 3.5 assists per contest.

Worster, who also could have played football at some smaller schools, is close to former Utah State head coach Craig Smith and multiple outlets reported that Worster could join Smith at the University of Utah.

Shulga and Worster would be the fifth and sixth players to declare they don’t plan to return to Utah State next season. Neemias Queta is turning pro, while Alphonso Anderson, Zahar Vedischev and Kuba Karwowski are in the transfer portal.

Jazz have avoided major injury or health issues this season. Can they keep it that way through the playoffs?

Sports on the air: Here’s what games are on TV and radio for the week of April 11-17