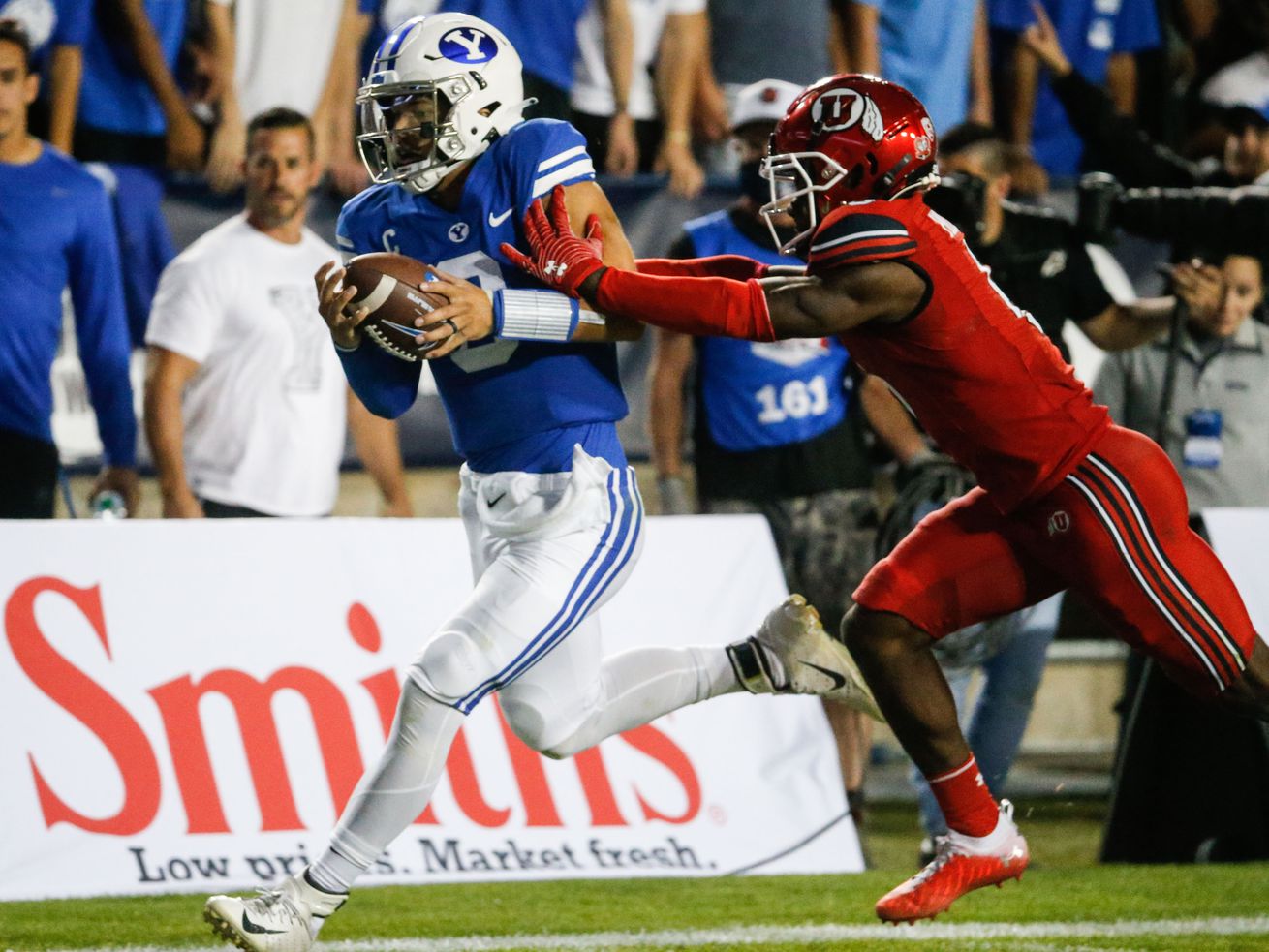 The 2021 college football season ended Monday night with Georgia beating Alabama to win the Bulldogs’ first national championship since 1980, but it’s never too soon to begin thinking about next season.

After all three Utah FBS programs — Utah, BYU and Utah State — were ranked in the final AP Top 25 for the first time in history to end 2021 (each program finished with at least 10 wins and the Utes and Aggies won their conference championships), Utah and BYU are generating buzz in national publications’ “way-too-early” top 25 rankings.

What they said about Utah:

The Utes’ inspiring season ended with a disappointing 48-45 loss to Ohio State in the Rose Bowl. Still, Kyle Whittingham and his team did amazing work following the tragic deaths of two players. The Utes should again be favored to win the Pac-12, even with star players such as Lloyd, Sewell and Covey departing for the NFL. Last week, the Utes added transfer Diabate, who was Florida’s second-leading tackler last season. Quarterback Cameron Rising will enter the offseason as the undisputed starter. The Utes open the 2022 season at Florida and also play San Diego State in a nonconference game. — Mark Schlabach

What they said about BYU:

The Cougars went 21-4 the past two seasons, which earned coach Kalani Sitake a new contract and hefty raise. This past season, BYU went 6-1 against Power 5 foes and 5-0 against the Pac-12. With BYU moving to the Big 12 in 2023, it has to get bigger, stronger and deeper on defense, which was a shortcoming in losses to Boise State, Baylor and UAB in the Independence Bowl. The good news is that every starter is expected back on defense in 2022, when injured players like linebacker Keenan Pili and cornerbacks Micah Harper and Keenan Ellis should be available. Replacing Allgeier, who ran for 1,606 yards and led FBS players with 23 rushing touchdowns, won’t be easy. The Cougars added Brooks, who led Cal in rushing last season, and Heimuli, a transfer from Stanford to help. Quarterback Jaren Hall and four starting offensive linemen are returning. BYU’s schedule next season includes home games against Baylor and Arkansas, road games at Oregon, Boise State and Stanford and a contest against Notre Dame in Las Vegas. — Mark Schlabach

What they said about Utah:

No. 2 Gonzaga turned in a nearly flawless offensive performance against BYU