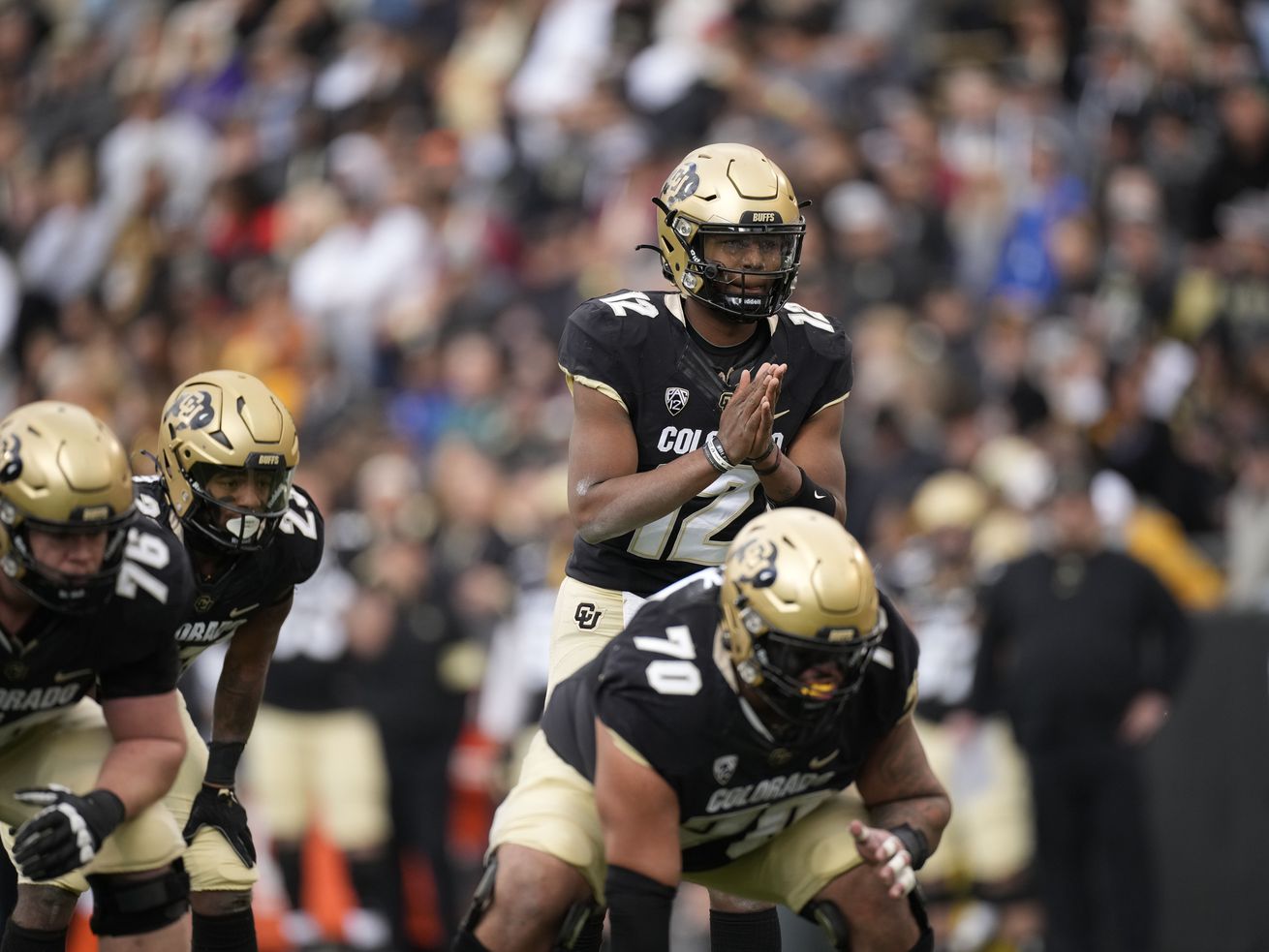 On the day after Thanksgiving, Utah might be feasting on Buffalo.

At least, that’s how it appears as the Utes host Colorado Friday (2 p.m. MST, Fox) at Rice-Eccles Stadium on Senior Day.

Utah, winners of seven of its last eight games, is the Pac-12 South champions. The Utes checked in at No. 19 in the College Football Playoff rankings this week, are fresh off an eye-opening 38-7 victory over then-No. 3 Oregon and are tuning up for the Pac-12 championship game in Las Vegas on Dec. 3.

The Buffaloes (4-7, 3-5), meanwhile, are limping to the finish line. They conclude their season Friday after enduring yet another season failing to become bowl eligible.

You get the idea.

Yes, earlier this month, the Buffaloes beat Oregon State — Utah’s lone Pac-12 loss this season — in double overtime. And last week, they edged Washington 20-17. In between, Colorado got pounded at UCLA, 44-20.

As usual, Utah coach Kyle Whittingham is taking nothing for granted.

“They’ve got four wins this year. They’ve had some ups and downs this season, as we all have. But they’re well-coached,” he said. “They have some good players. They’re coming off a win against Washington, which gives them momentum. A lot like Arizona a couple of weeks ago coming off a win. They were juiced up for the game and ready to go. I expect that same thing from the Buffaloes.”

How does wide receiver Britain Covey view Colorado? His mind goes to its season-opening 10-7 loss against Texas A&M, which later defeated Alabama.

“That they’re capable of beating you any night. I watched that Texas A&M game live. They’re capable and they send pressures. We have to be ready for that,” he said. “I have a feeling that they’re going to stack the box to try to stop our run, which teams do and we still find a way to run on them. If we don’t, we’ll have to create matchups on the outside.”

Defensive end Mika Tafua knows how the unexpected happens in the Pac-12.

“The Pac-12 is always crazy. One week, you can blow somebody out, and then the next week, it can be a tight game like we saw with (Utah’s wins against) Stanford and Arizona,” he said. “Colorado is definitely capable of it but we just have to execute on offense, defense and special teams.”

CU plays much better at home than it does on the road. The Buffs finished 4-2 at home this season, the best …read more

How to watch Thanksgiving football games