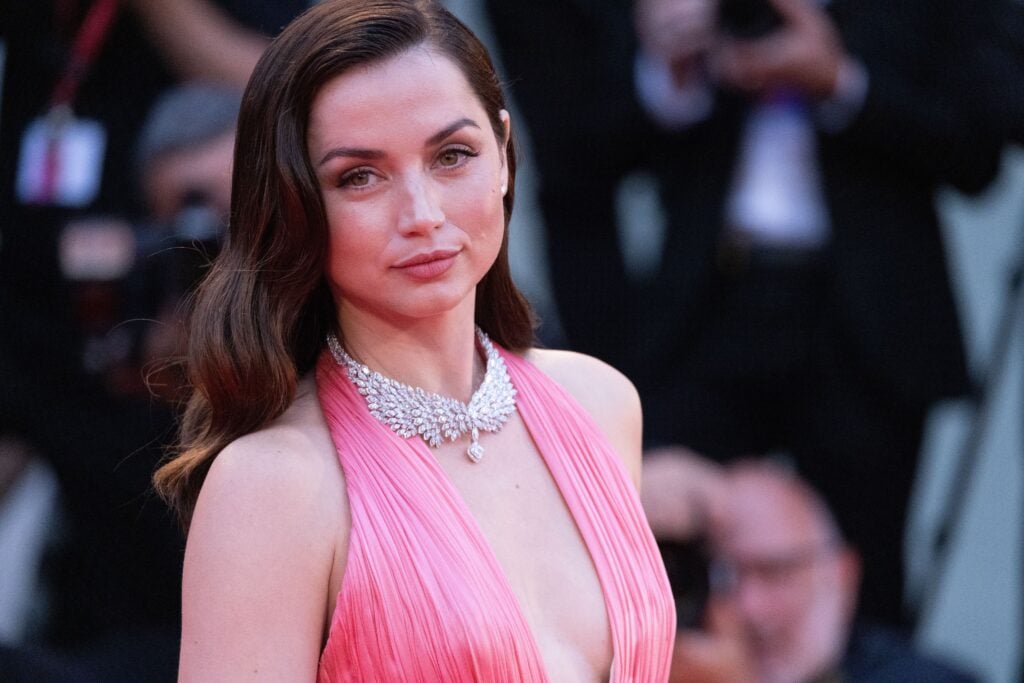 The recent conversation about the Kim Kardashian sex tape raised some interesting points about the nature of privacy and consent in the age of social media.

Kim’s collaboration with Ray J helped to make her famous, and the career she launched in the years since has made her a billionaire.

But there have been times when Kim was reduced to tears by the brutal attempts to shame her over the footage.

Now, ahead of the release of her highly-anticipated Marilyn Monroe biopic Blonde, Ana de Armas finds herself in a situation that’s similar in some ways, but very, very different in others.

De Armas is already famous, of course, and starring in a film from an acclaimed director that’s adapted from a modern literary classic is not at all the same as releasing a sex tape.

But Ana’s situation is similar to Kim’s in that she’s putting herself out there knowing that it means she’s likely to be degraded and objectified by the internet’s perviest trolls.

The actress discussed that unfortunate inevitability in a new interview with Variety.

Ana de Armas is one of the most exciting actresses working in Hollywood today. (Photo via Getty Images)

“I know what’s going to go viral,” de Armas said on the topic of the film’s nude scenes being circulated on social media without context.

“And it’s disgusting. It’s upsetting just to think about it. I can’t control it; you can’t really control what they do and how they take things out of context,” she added.

“I don’t think it gave me second thoughts; it just gave me a bad taste to think about the future of those clips.”

Blonde won’t premiere on Netflix until September 28, but based on the early reaction from festivals, as well as what we know about the Joyce Carol Oates novel from which the film was adapted, the sexual content includes graphic depictions of the abuse that Monroe suffered at the hands of the men in her life.

Ana says the scenes were difficult to shoot, but notes that she wanted to honor the film’s subject, as well as the vision of its director, Andrew Dominik.

“I did things in this movie I would have never done for anyone else, ever. I did it for her, and I did it for Andrew,” de Armas said.

Ana de Armas in Venice for the premiere of Blonde. (Photo via Getty Images)

“I couldn’t shake it off. I couldn’t let her go. I went to visit her at her cemetery a few times — I would have liked to go one more time,” Ana said of her deep connection with Monroe.

Blonde has received an NC-17 rating for its graphic depictions of sexual violence.

Perhaps not surprisingly, the film has already proven rather divisive in early screenings.

Ana de Armas arrives is earning raves for her work in Blonde. (Photo via Getty Images)

One thing all critics seem to …read more