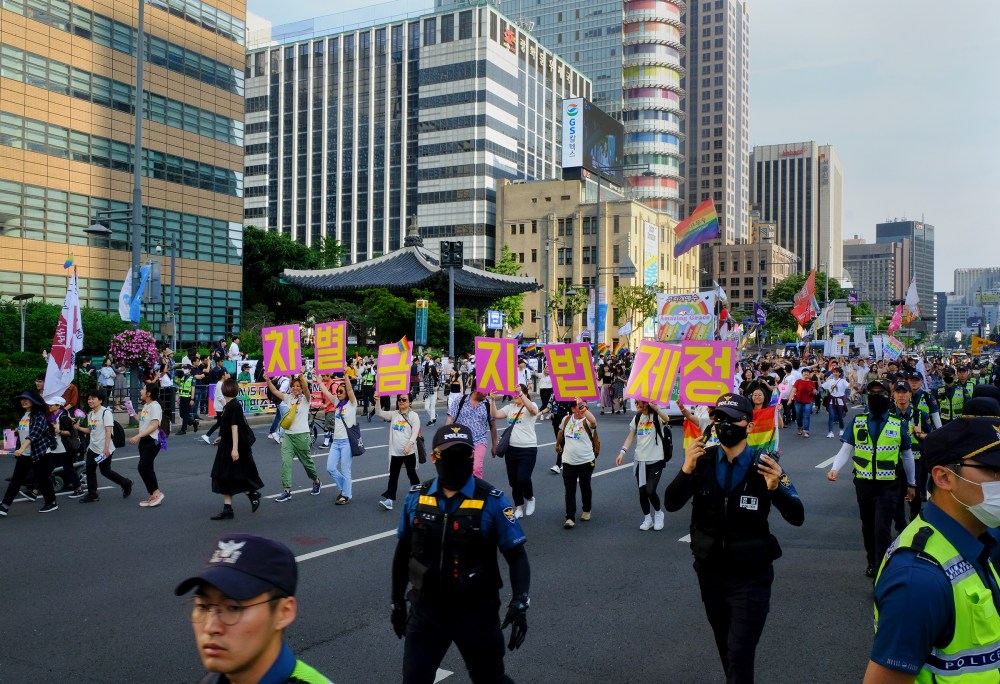 Things might be about to change. After years of lobbying, there are now four separate drafts of an anti-discrimination act before a parliamentary legislative committee, and there is a strong measure of popular support. According to a

This article can be read in Korean here.

Receiving even the most basic of services can be difficult for Park Edhi, a South Korean woman living in the country’s capital Seoul. Because official documents do not reflect the fact that Park is transgender, her identity is questioned at every turn.

To apply for a credit card “took a very long time,” says Park, who is a coordinator at Dding Dong, the only LGBTQ youth crisis support center in Korea. “They didn’t think I was me. I remember [the delivery person] came with my card, then said they’d come back tomorrow. So the next day, I smiled and showed my medical records proving I’m taking hormones.”
[time-brightcove not-tgx=”true”]

Life has never been easy for the LGBTQ community in South Korea, which ranks low among developed economies for LGBTQ acceptance and offers no legal protections to sexual and gender minorities. Earlier this year, Park attended the funerals of Kim Ki-hong, a transgender activist and politician, and Byun Hee-soo, a transwoman discharged from the military for getting gender confirmation surgery. Both had expressed feelings of despair before being found dead in their homes.

Things might be about to change. After years of lobbying, there are now four separate drafts of an anti-discrimination act before a parliamentary legislative committee, and there is a strong measure of popular support. According to a survey by the National Human Rights Commission of Korea, 7 out of 10 South Koreans believe that it is wrong to discriminate against sexual minorities and 9 out of 10 support the enactment of a comprehensive anti-discrimination law.

But the fight is far from won. Supporters of the bill must deal with a powerful religious lobby implacably opposed to greater freedoms for the LGBTQ community. Social conservatism also runs deep.

“For respect, there needs to be awareness,” says Soo Not Sue, a bisexual feminist Youtuber and entrepreneur, who is hopeful that an anti-discrimination law will improve the lack of queer representation in Korean mainstream media. “That awareness just isn’t there at the moment.”

The pandemic has only exacerbated the prejudices faced by queer South Koreans. Hard times in the hospitality sector have meant that many of Park’s transgender friends have lost their jobs in cafes and restaurants—traditional occupational refuges for trans people. Some have been forced to take up sex work. “It seems as if people have to choose between dying from COVID or from hunger,” she tells TIME.

In May 2020, Park’s neighborhood of Itaewon—a district of Seoul long known for being a safe haven for LGBTQ Koreans—hit the headlines when a coronavirus cluster of more than 130 cases emerged from nightclubs …read more

Golden Globes 2021: The Complete List of Nominees | Entertainment Weekly
Meet the Iranian Musician Who Keeps Risking Imprisonment For His Music

Australia Plans to Build a Fleet of Nuclear Submarines to Counter China—With U.S. and U.K. Help