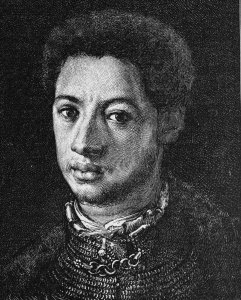 Many academics don’t get much popular attention for their work, and historian Olivette Otele knows it. The Paris-raised, U.K.-based scholar was surprised to see her research draw widespread attention over the last year—but, given the global context into which her latest book arrived, perhaps she should not have been so shocked.

“I was very flattered that people think that what I do is not just staying in an ivory tower,” she says. “It has resonance for everybody.”

African Europeans: An Untold History, which was published in the U.K. in October and in the U.S. on Tuesday, traces the presence of people of African descent in Europe from as early as the era of the Roman Empire up to the present day. In the U.K., the book has been shortlisted for the prestigious Orwell Prize for Political Writing, and received positive reviews from readers and academics alike. Otele, an expert on the history of colonialism and slavery, starts by looking at early encounters between Africans and Europeans, detailing the ways the ancient women warrior queens known as the Candaces fiercely protected their kingdoms in Ethiopia to resist the rule of the Roman Empire, dating as far back as 23 BCE. Through exploring these histories, Otele wanted to upend assumptions and shed light on the wider connections between African European people and mainstream ideas about what European history looks like.

“For many people in the global north, Ancient Rome and Ancient Greece are seen as the birthplaces of civilization,” she says. “Well, the world was much more multicultural than we thought it was.”

Get your history fix in one place: sign up for the weekly TIME History newsletter

Standing on their shoulders

Otele is pioneering in her own right: in 2018, she became the first Black woman in the U.K. to become a history professor. She is currently based at the University of Bristol in south west England, and is the vice-chair of the Royal Historical Society. A study last year found that less than 1% of professors employed at British universities are Black, and few British universities employ more than one or two Black professors.

Writing the book, she says, reinforced her belief in the fallacy of the “self-made man” — “I would never have done it on my own,” she says. That’s why she’s committed to telling the often overlooked and erased stories on which today’s world is founded, especially the stories of Black women and their experiences of empire, colonialism and slavery. “When you talk about colonial history, you think about the fight between men….But what about Black women who were mothers and daughters, and who were used as reproductive tools? I’m a Black woman. I can’t separate ‘Black’ and ‘woman’.”

Some of the hidden stories in the book may be better known than others. For example, born in 1510, Alessandro de Medici was the first Medici duke of Florence, and his mother is believed to have been a free African woman, challenging assumptions about what 16th …read more

Golden Globes 2021: The Complete List of Nominees | Entertainment Weekly
‘There’s No Easy Way Out of This.’ How Anti-Government Protests in Colombia Escalated into Deadly Clashes with Police

Hong Kong Reopened Bars, but Only If You’re Vaccinated. Will That Boost Lackluster Immunization Rates?